Digital Driver’s License: What You Need to Know

From cash to keys, heart rate monitors to personal assistants, we’re growing ever more reliant on the digitisation of these functions and more in our daily lives. It was just a matter of time before the commonly accepted form of identity and proof-of-age verification—the driver’s license—also took on a digital medium.

The digital driver’s license not only provides a convenient and secure alternative to the physical card, but also allows authorised parties (issuers, law enforcers, business operators, and holders) to provide, access, and verify the information in real-time as and when needed.

What Is a Digital Driver’s License (DDL)?

A digital driver’s licence (DDL)—meant as a supplement to, rather than a substitution for, the physical card—is an electronic version of the traditional driver’s licence stored on a smartphone using high-tech digital security features to prevent unauthorised tampering and access.

If you own a smartphone, you’ll most likely have it on you all the time, which means you’ll always have your digital driver’s licence on you too.

In order for a digital driver’s licence to be accepted as a trusted form of identity authentication, it needs to satisfy the following requirements:

Launch of the Digital Driver’s Licence in NSW

Since the DDL trial in Dubbo back in November 2017, which was followed by an official launch in November 2019, 53% of all licence holders (equivalent to three million drivers) in New South Wales have signed up for the digital driver’s licence.

It’s clear that the citizens of NSW are in favour of digitising the driver’s licence, though they are still recommended to carry their physical card when traveling interstate. Other regions of Australia have likewise started trialing the digital driver’s licence and are at different stages of their rollout.

A 2021 report by MarketsandMarkets projects that the global digital identity solutions market will more than double over the next 5 years, growing from USD 23.3 billion in 2021 to USD 49.5 billion by 2026.

Working in a post-COVID-19 world has led to widespread use of personal devices, a growing work-from-home trend, and increasing reliance on cloud solutions, creating a perfect storm for identity frauds and data breaches. The unabating growth of cyberattacks underscores an urgent need for more robust digital identity solutions.

While several countries are currently in the midst of developing or implementing a digital driver’s license, including the UK and USA, countries that have made the digital transition include the following:

If your country hasn’t made the move yet, it’s just a matter of time.

Described as “a secure, decentralised, and immutable ledger of transactions”, the TrustGrid platform by Secure Logic provided one of the key architectural components for the NSW Government’s digital driver’s licence. By adopting distributed ledger technology (such as blockchain), identification credentials can remain secure while users are provided with an impossible-to-counterfeit digital license.

Secure Logic CEO Santosh Devaraj asserts that “Too often, licence details are only checked superficially and this can now be replaced with cryptographic mechanisms.” According to Devaraj, TrustGrid would “help put a stop to sophisticated fraudsters who can conjure up fake identities with relative ease.”

Convenience
Not only is the mobile format of the digital license more convenient for drivers, giving them one less thing to carry, it is also more convenient for law enforcers and business owners requiring proof of identity and/or age. Issuing authorities also have an easy and secure channel to notify drivers of new services or action needed to renew their licence.


Additionally, drivers will be able to update their personal information and renew their license directly through the app instead of going to the issuing office in person, saving them time and resources.

Security
The license owner’s personal data is protected by security layers such as a PIN and/or biometrics on the smartphone to prevent unauthorised access. In the event that the phone is misplaced or stolen, the digital driver’s license app can be remotely deleted or deactivated to prevent it from falling into the wrong hands.


As the verification of the digital license involves checking the credential with the issuer back end in real-time, a forged license can quickly and easily be flagged as invalid, making verifying out-of-state digital credentials much simpler and more secure.

When using the digital driver’s license to prove one’s identity or age, the smartphone never needs to leave the owner’s hand. Simply hold up the phone to show the identifying QR code, which will be scanned using a verification device by the verifying party. The device—a smartphone, tablet, QR scanner—will use specialised software to read the QR code and run a real-time check with the issuer back end.


Apart from the above, the DDL also gives the license holder greater control over what data and with whom they share it, as the app allows the individual to select which data to share based on the use case (e.g. proof of age vs proof of identity), which keeps non-essential data private.

Do You Still Need a Physical Card?

At present, the digital driving license is not meant to replace the physical driver’s license but to complement it as a secondary form of identification. Not everyone has access to a smartphone, therefore the physical card will still function as the main proof of ID.

Contact us to learn how our digital security solutions can help your organisation safeguard its data privacy and security while growing your revenue. 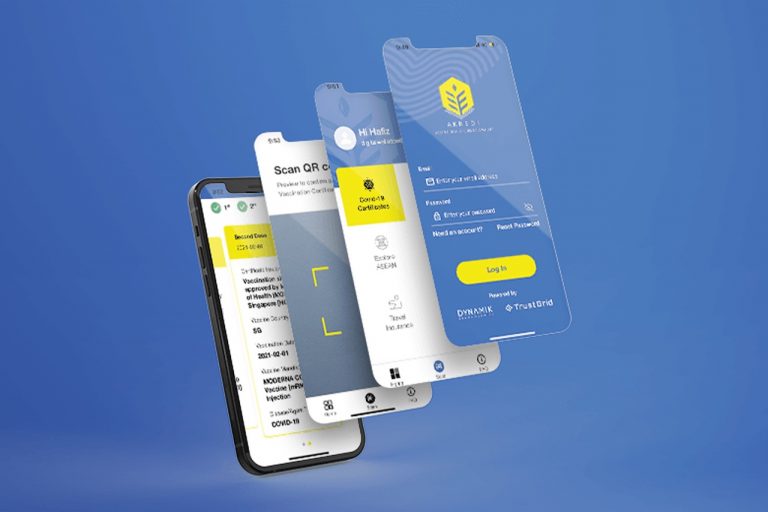 Counterfeiting of pharmaceuticals is still an issue around the world. When you factor in the cost of human life, the counterfeit drug market costs manufacturers